According to experts, air quality in Vietnam is now at an alarming level. A large proportion of Vietnam's population and the country’s ecosystems are being exposed to polluted air, which excesses Vietnam's permitted standards. In particular, Hanoi’s air pollution is at the red alert level. 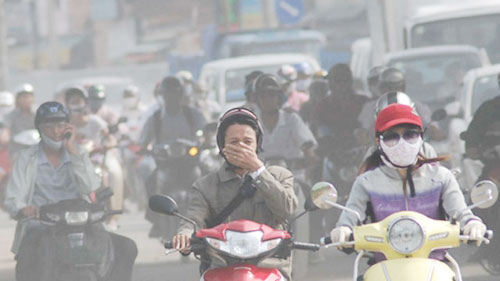 According to many groups of environmentalists, Hanoi is one of the most polluted cities in not only Southeast Asia but also in Asia as a whole. Hanoian people can easily recognize air pollution by going out in the early morning and during the rush hours and then comparing the difference of the air quality, particularly the dust density, between the two times.

Recently, a non-governmental organization, the GreenID Center for Green Innovation has published its survey of dust concentrations in some big cities in Vietnam. Accordingly, the concentration of the most dangerous type of dust that can be absorbed into the blood, called PM2.5, was up to 50.5μg/m3, twice as high as the national standard and 5 times higher than the annual average based on the World Health Organization's recommendations. 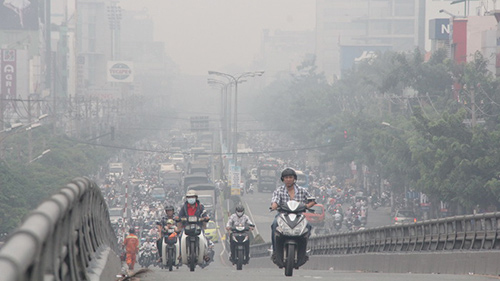 Earlier, in late 2015 the Department of Environment under the Ministry of Transport announced that dust pollution in Hanoi had exceeded the threshold by 1-2 times. At the same time, the Center for Environmental Monitoring under the Environment Administration said that at many intersections and densely populated areas of the capital city, dust concentrations were five to seven times higher than the permitted level. Other pollutants such as CO and SO2 were below the standard, but they tended to increase.

The time when the air in Hanoi was seriously polluted showed that air pollution during 7 out of 8 of the time measured was affected by the mainstream wind from the east, i.e. pollution in Hanoi was not caused by the inner sources but from external sources, especially from industrial zones.

Air pollution is a serious problem in Vietnam. There are many causes of air pollution, including the major ones as follow: industrial emissions; power plants, especially thermal power plants; traffic; production activities in craft villages; and from people's activities.

In particular, the most serious source of air pollution in Hanoi is exhaust gas of motorcycles and cars. The city currently has about 560,000 cars and 5.5 million motorcycles. The growth rate of cars is nearly 17% per year and nearly 8% for motorbikes. 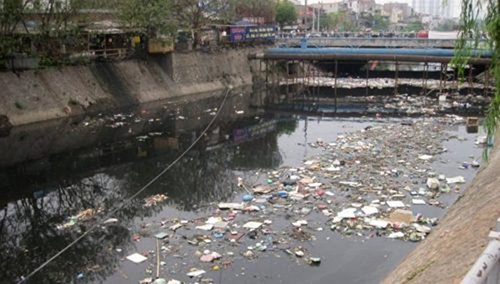 The number of motorbikes in Hanoi and Ho Chi Minh City is huge, plus the increase of cars. In addition to the rise of vehicles, the high volume of vehicles circulating on the road at the same time, causing traffic jams, also contributes to air pollution.

Hanoi is trying to reduce dust concentrations in the air by urgently installing monitoring stations. These stations will provide a full description of the city's air as well as the air quality on each route, the severely polluted areas and determine the cause for the treatment.

The outdated bus system has been proposed to be replaced with electric cars, in parallel with accelerating the construction of the overhead tram system.

Hanoi is also trying to increase the water surface area and the area for trees, which will help absorb 50% of radioactive fallout and toxic steam, dust.

To urgently curb air pollution in Hanoi, experts say it is necessary to cut emissions, promote clean energy technology and ensure energy security. To do this, it is necessary to quickly limit the rate of population growth, and at the same time to promulgate mechanisms for strict protection of the environment.