VietNamNet would like to introduce the next article in our series about 20 years of Vietnam-US relations since normalization. The article concerns the history of relations before the August Revolution, 1945. 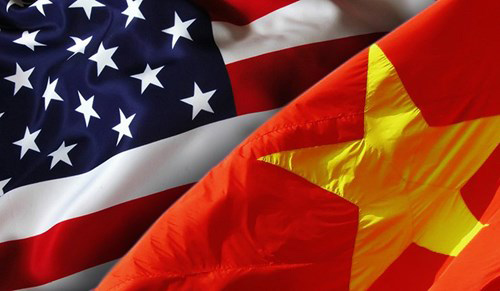 US and Vietnam had very early relationships.

Before the August Revolution 1945, the Vietnam Armed Propaganda Brigades and the US Office of Strategic Services (OSS) together stood against Japanese fascists in Indochina. However, the irony of the history pushed Vietnam and the US into one of the most brutal wars in the history of mankind only two decades later.

Now the wounds of the past are being healed and new chapters are being opened.

The earliest connection in the history of US-Vietnam relations was recorded in 1787.

At that time Thomas Jefferson, the principal author of the Declaration of Independence, was the US diplomatic representative in Paris. He asked Vietnamese Prince Canh who was in Paris to give him good rice varieties to take back to the US for a trial plant.

It was a coincidence that when Thomas Jefferson was elected as the third President of the United States (1801-1809), the merchant vessel Frame became the first American ship docked at the Da Nang Port in May 1803, paving the way for other American merchant ships to Vietnam to find markets for US agricultural products and goods.

The first diplomatic attempt between the two countries was conducted in 1832 when envoy Edmund Roberts, authorized by President Andrew Jackson (1829-1837), went to Vietnam on the warship Peacock in an effort to sign a trade agreement to open the door to the Vietnamese market. This may be regarded as the first time Vietnam faced the pressure of "gunboat diplomacy" of the West.

However, the negotiations between Roberts and the Nguyen Dynasty were unsuccessful because of the so-called "unequal terms", which were "inconsistent" with the law of the ruling dynasty. Actually, the Nguyen Dynasty wanted to maintain a closed-door policy.

This is also the first time that an opportunity to sign a trade agreement with the West occurred, an opportunity to modernize and develop the country to fight against the invasion of the West later. But it was missed by the Nguyen Dynasty.

Only when the French colonists opened fire and set foot in Danang in 1858, beginning the invasion of Vietnam, the Nguyen Dynasty awakened and understood that it must rely on outside powers to maintain independence. And the US was one of the first choices.

However, the trip of scholar Bui Vien to Washington DC in 1873 was unsuccessful because he could not meet President Ulysses Grant to propose to the US to recognize and establish diplomatic relations with the Nguyen Dynasty.

More than 70 years after the trip of Bui Vien, geopolitical moves and the coincidence of national interests of Vietnam and the US before World War II once again took the two nations closer.

At that time Viet Minh and the newly established VN Armed Propaganda Brigades (the forerunner of the Vietnam People's Army) needed weapons and training to fight the Japanese.

On the US side, after officially declaring war with Japan on December 8, 1941, the US’s supreme goal was to defeat the Japanese on the Asia - Pacific battlefield, including Indochina.

Therefore, the US needed to find allies and partners against Japan through the provision of weapons, training, information gathering and rescue of US pilots in distress. The coincidence of interests turned Viet Minh and the OSS into allies and potential partners.

A US aircraft was shot down by the Japanese in Cao Bang in March 1945 and pilot William Shaw was rescued by Viet Minh. Ho Chi Minh was very busy directing the revolutionary movement in the country, but with sharp political sensitivity and vision, he decided to directly hand over the American pilot to US General Claire Chennault, the leader of the "Flying Tigers" in Kunming, China.

Why did he make that decision?

First of all, Ho Chi Minh clearly understood the "value" of William Shaw in making the connection between Viet Minh and the OSS, and with the US. By directly taking William Shaw to Kunming, Ho Chi Minh performed three missions.

The first combined a humanitarian mission with a diplomatic mission and through the meeting with the highest leader of the US military in the region – General Chennault – to strengthen the reputation of Viet Minh, domestically and internationally.

The second was asking the US to help Viet Minh in terms of weapons, communications, and training, in "exchange" for Vietnam’s cooperation with the US to fight Japan, which was consistent with US interests.

The third was laying the foundation for the US’s recognition and establishment of full diplomatic relations with Vietnam in the future.

From the results of the trip to Kunming, the US established the Deer Team, consisting of a number of OSS officers who parachuted to Cao Bang in summer 1945 to conduct a number of military assistance runs to Viet Minh at the request of Ho Chi Minh. The assistance ended shortly after Japan surrendered to the Allies on August 15, 1945. 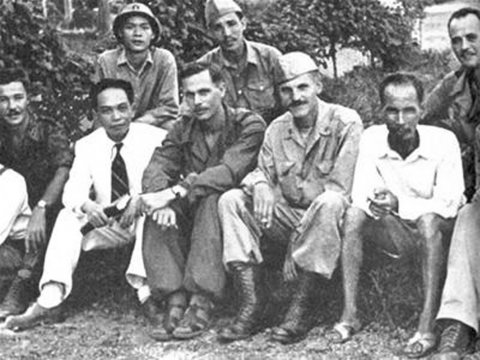 Although military cooperation only lasted for a short time, Ho Chi Minh built good relations with some OSS officers, hoping they would become messengers to promote relations between Vietnam and the US later.

Then, he sent the second letter dated February 28, 1946 to US President Harry Truman, asking the US to establish diplomatic relations with Vietnam and protesting the French’s return to reoccupy Indochina.

However, the letter did not reach President Truman. And at that time the chessboard of the relationships between major countries started to shift to the new status of the Cold War era. The highest priority of the US was to keep its "status" in Europe, and to enlist the support of key allies, including France, to "restrain" the Soviet Union.

In exchange, the US lowered the "slogan" of decolonization and tactically turned the green light for former powers to return to their former colonies, such as France in Indochina, Holland in Indonesia, Britain in Malaysia ...

President Ho Chi Minh and the people of Vietnam were determined to defend independence, considering it as the ultimate goal that could not be compromised. This, by chance, created a new context that pushed Vietnam and America into the life-and-death war later.

Director of the Institute for Strategic Studies, Ministry of Foreign Affairs

Vietnam-US: The little known “fate” and the irony of history