A man in Hanoi is suing a local hospital for giving them the wrong baby six years ago, while the other parent refused to exchange the boys. 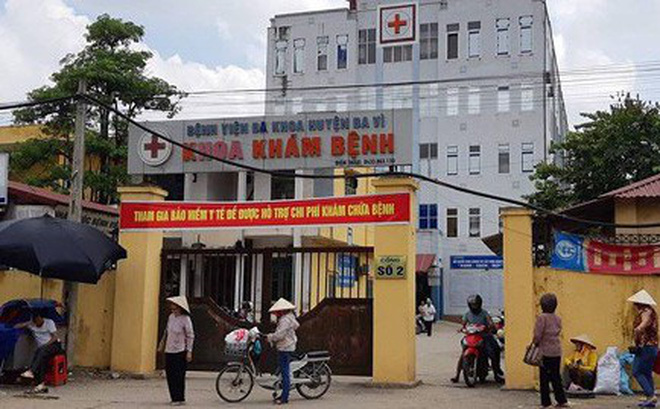 On July 11, the Ministry of Health said they had received the complaint from Phung Giang Son about the fact that Ba Vi General Hospital had given him the wrong baby six years ago.

Son said when the doctors gave him the newborn son on November 1, 2012, his wife already noticed and was suspicious about the different nappies. However, the doctors insisted that the baby was theirs. As the boy grew up, he looks very different from Son and his wife, fuelling his suspicion. They decided to have a test at the National Institute of Criminal Sciences which then proved that he had been given the wrong baby.

"We were shocked and felt very hurt for both children. We are all hurt by the hospital's mistake," Son wrote in the complaint.

The other family, Vu Thi Huong and her husband, ended with a divorce in 2015 because Huong's husband thought that Huong had an affair with another man and had the boy. Huong then singlehandedly raised the boy and had a shock upon knowing the truth.

Son has filed a lawsuit to the Ba Vi People's Court, demanding the hospital to pay compensation for physical and mental harm.

Nguyen Quoc Hung, director of Ba Vi General Hosptial, said the mistake was made in 2012 when he hadn't taken the position yet. After receiving Son's complaint, they checked and found the other family. They also paid for their travelling and testing fees. Hung said two nurses had been punished and transferred to different departments for their mistake.

Hung went on to say that the hospital didn't have enough funding to cover compensation. The monthly salary of their medical staff was also around VND4m(USD160).

While Son wants to return to his biological son as soon as possible, Vu Thi Huong still can't accept the mistake and doesn't want to part with the son she had taken care of for six years.

Vu Thi Huong doesn't want to part with the son she had taken care of for six years.

Nguyen Ngoc Vinh, head of the hospital's General Planning Department, said, "She told us that she was not ready. There were times when she felt like ready but regretted it immediately that night."

Both families have met with their children. Son also wants to keep a close contact with the other family so that the children won't be too badly affected.