Vice Chairwoman of the Vietnam Fatherland Front (VFF) Central Committee Bui Thi Thanh has said people can voice their opinions via VFF chapters, member units and mainstream media, which will be forwarded to the Party, State, National Assembly Standing Committee, Government and policy compiling agencies to protect their interests. 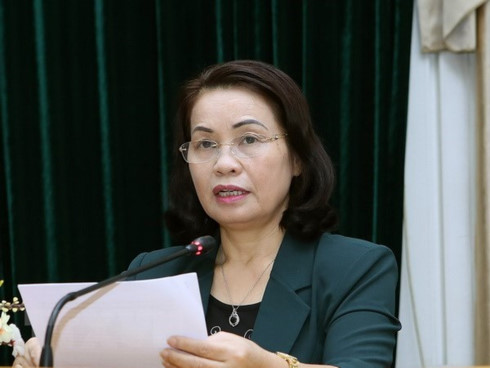 Thanh said while building draft laws, the government and legislature listen to public feedback. The VFF also offers opinions on bills based on public feedback collected via its chapters and seminars. Constructive feedback by scientists, intellectuals and citizens nationwide have been acquired.

Expressing appreciation for public concern over national affairs, she said real patriotism never features extreme and violent thoughts and actions and should be reflected in a proper and sound way as an important driving force to strengthen national unity.

She warned patriotic Vietnamese people not to be taken advantage of by hostile forces.

Thanh asked authorities and VFF chapters to raise their sense of responsibility for disseminating the necessity to promulgate draft laws that are being prepared by the legislature and increasing dialogues with the people to learn their thoughts.

Each citizen should place absolute trust in the leadership of the Party and State and not be taken advantage of or be incited, she said, adding that extreme actions against the law that cause economic losses and disrupt social safety and order need to be strictly punished.