The Global Fund to Fight AIDS, Tuberculosis and Malaria has provided more than 170 million USD in financial support for Vietnam’s efforts in HIV/AIDS prevention over the last two decades. 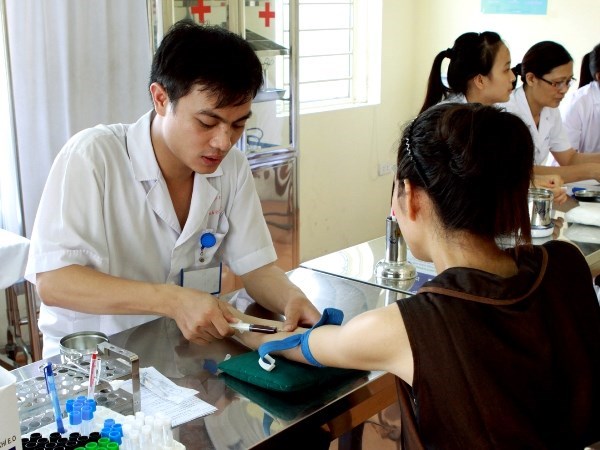 Of the amount, over 52 million USD was spent on the national target programmes against HIV/AIDS from 2015-2017.

The figures were announced at a conference in Da Lat city, the Central Highlands province of Lam Dong on April 16 to discuss the implementation of the Global Fund’s project to fight HIV/AIDS between 2018 and 2020.

Participants to the event also reviewed outcomes of the project in recent years, shared lessons as well as ideas and successful models of effective service delivery.

By the end of 2017, the project has provided treatment to nearly 50,000 people living with HIV/AIDS in 30 cities and provinces and supplied antiretroviral (ARV) drugs to all child patients, about 4,800, nationwide. It has also given millions of injection needles and more than 70 million condoms free of charge.

Last year, the project offered methadone treatment to approximately 24,000 HIV/AIDS patients and Tuberculosis/HIV integrated services in 30 cities and provinces, with more than 60,000 tuberculosis patients having got testing, accounting for 80 percent of the target.

In addition, it has supported the organisation of training courses on Tuberculosis/HIV integrated services, HIV/AIDS care and treatment, community-based HIV testing and distribution of medicines at wards and communes.

The project plans to maintain and improve essential preventive intervention services for HIV-infected people and their partners over the next two years. It aims to reduce the number of people who get HIV infection from drug injection by 25 percent and that through sexual intercourse by 20 percent compared to 2015.-VNA