Prime Minister Nguyen Xuan Phuc has signed a decision to appoint EVN general director Dang Hoang An to the position of deputy minister of industry and trade. 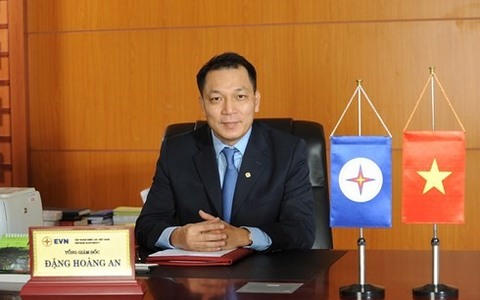 EVN general director Dang Hoang An has become deputy minister of industry and trade from May 15. — Photo vov.vn

With the appointment, the position of the ministry’s fifth deputy minister has been filled after it was left vacant for nearly a year due to the dismissal of former deputy minister Ho Thi Kim Thoa.

The decision came into effect on May 15.

An was born in 1965 in Hung Yen Province, but his native village is in the northern province of Bac Giang’s Hiep Hoa District.

He graduated from the University of Electrical Machines Plzen (Czech Republic) in 1988 with a degree in electrical system engineering. He then pursued his master’s degree at the Asian Institute of Technology, Thailand, in 1997, specialising in Electrical System Management, and gained his MBA in 2004.