There is a new segment in the property market in and around HCM City: burial grounds. 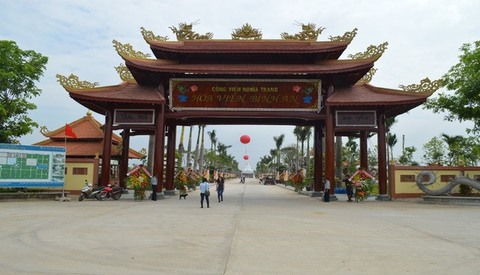 There are advertisements with offers of 15-20 per cent profits, and in some areas even 100-120 per cent, for investors buying a share of a cemetery, usually in places situated 20-40 km from the city.

The prices families have to pay to get a piece of land in these cemeteries to bury their loved ones are high. For instance, a 4.5 square metre burial plot at Sai Gon Thien Phuc costs VND118 million – 186 million (US5,200 - 8,260), or VND33.7 million per square metre.

The rates have been increasing by 15-20 per cent a year, according to a report by Sai Gon Giai Phong (Liberated Sai Gon) newspaper.

The ‘cemetery park’ model is popular with affluent families, who are willing to pay 2-3 billion dong (US$130,000) for a burial site since the common belief is that dead people who get a nice burial site will shower their blessings on their descendants, Nguyen An Binh, an agent selling burial sites in HCM City, said.

Nguyen Van Khuan of Ben Luc District in Long An Province, another burial site broker, said in the last five years people have been investing increasingly in cemetery parks.

Mai Thi Mo, a property broker in HCM City’s District 9, said it is difficult for investors to earn profits in the short term from cemeteries.

That is why developers promise profits of 100-120 per cent in four or five years, she said.

“These are higher than the profits investors can earn from other asset classes.” — VNS