VietNamNet Bridge - The Vietnam Chamber of Commerrce & Industry (VCCI) and experts have warned that minimum limits on petroleum imports to be allocated by the Ministry of Industry and Trade (MOIT) may kill small businesses, leaving space for the market to be captured by big importers. 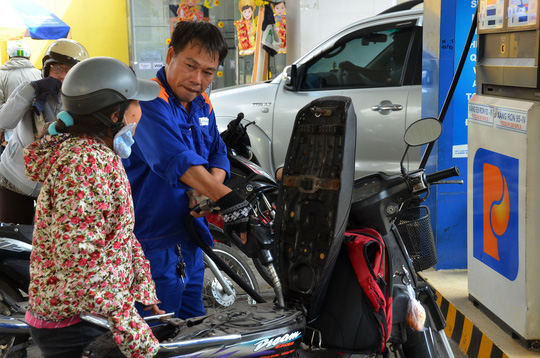 VCCI said the setting of the minimum required petroleum volume imports within a year will intervene in businesses’ operations.

The organization said that in current conditions, when the right to import petroleum products is given to any business which can satisfy requirements, there would be no need to worry about a supply shortage.

Also according to VCCI, though Vietnam has opened the petroleum market, not many enterprises are licensed to import petroleum products. To date, only 27 enterprises have licenses, three of which only import air fuel.

This is attributed to high business conditions stipulated in Decree 83 dated in 2014. This regulation could lead to the risk of the market being captured by some big importers.

To settle the problem, state management agencies should not continue intervening in businesses’ operation with administrative orders, experts said.

VCCI emphasized that it would be better to cut some business conditions to pave the way for more groups to join the petroleum import market.

If so, the petroleum supply would be sufficient, while the market would be regulated by competition management tools, not administrative orders.

Nguyen Van Ngai from the HCMC Agriculture & Forestry University has also expressed his concern over the regulation on setting minimum volume of petroleum imports, saying that this is a ‘strange regulation which comes in line with economic laws’.

In a market economy, the State sometimes sets maximum import limits when necessary, not minimum limits. This means enterprises have to import a minimum as well as maximum of goods.

Ngai was surprised when ‘minimum limit’ was set in the petroleum market. “This is quite abnormal. This will put difficulties for enterprises,” he said.

Explaining his view, Ngai said the requirement on the minimum volume of imports will keep small enterprises away from the market because of their limited capability.

Once small businesses are prevented from joining the market, only big importers can exist and the market would be controlled by the ‘big guys’.

“I wonder if there is the hand of ‘big guys’ in this story. Maybe they have lobbied policymakers for the strict requirement to eliminate other enterprises?” he said.

While VCCI and economists have voiced their concern over the regulation, businesses have remained indifferent.

Tran Minh Ha, deputy general director of Saigon Petro, said enterprises have had to register their minimum volume of imports annually for the last 10 years.