A picture of over 70-year-old boat rower, Bui Thi Xong by French photographer Réhahn Croquevielle was published in the Los Angeles Times on December 1, 2014 and tabled with a caption "World's Most Beautiful Old Woman”. The photo has given notable impressions of visitors’ trips to Hoi An. 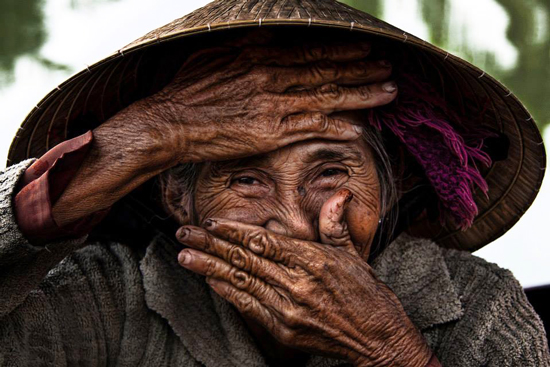 The old woman, Bui Thi Xong is the cover of Réhahn Croquevielle’s book titled “Vietnam Mosaic of Contrast” that people will see the beauty of Vietnam through a very different angle.

Mrs. Bui Thi Xong lives in Hoi An Town’s Cam Nam Ward. The old boat rower told that she met the photographer in 2013 while rowing in Hoai River and the artist took her portrait.

They saw with each other again in April, 2014. Rehahn presented her a new boat and held a birthday party for his photo model.

French photographer Rehahn has spent seven years travelling round Vietnam with his motorbike. The book is a diary of his journey in Vietnam, capturing photos of Vietnamese people, culture, lifestyle...

The French photographer said that he would loved to take photos of the elderly who often hide their mouths when they laugh presenting a wrinkle in time.

Cinderella – a ballet for all seasons

Concert around the world

When an award winning photograph develops into something different